The Cannabis business is on a high, of the profitable kind.

Cannabis Industry Growth has come about on a massive scale. Does it mark it is as the next investment boom after bitcoin? We look in whether this is a possibility. 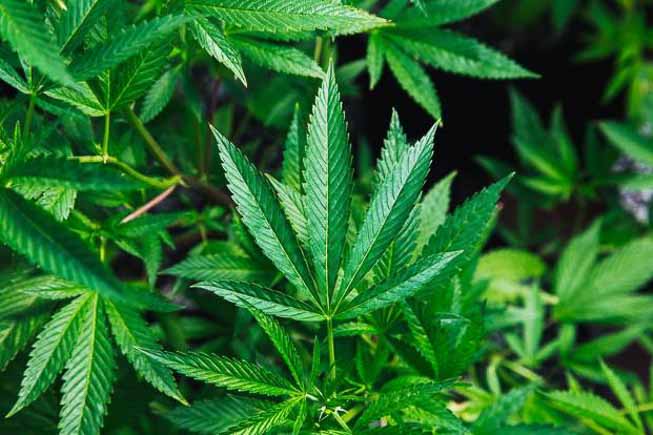 The legal marijuana market is currently worth $7.7 billion globally and is expected to hit $31.4 billion by 2021.

The legal Cannabis Industry Growth has been huge.

The legal Cannabis market is currently worth $7.7 billion globally and is expected to hit $31.4 billion by 2021.
Sandipan Deb
The Cannabis Industry Growth has come about very fast in the countries that have legalised it. There is a global market poised for a spectacular high, and not too many people are talking about it. It is cannabis—yes, that gentle flowering plant that has given us hashish, ganja, bhang, and perhaps the soma that our ancient gods used to imbibe. People are not just smoking it—they’re mixing it with the choicest of wines and even rubbing it into their skin.

The legal Cannabis market is currently worth $7.7 billion globally and is expected to hit $31.4 billion by 2021, the Brightfield Group, a US-based cannabis market research firm estimates. European investment bank Bryan, Garnier & Co. sees it growing to $140 billion by 2027. In the first six weeks of 2018, cannabis-related businesses raised $1.4 billion in capital, a nearly-six-times increase over the same period last year.

On 19 June, the Canadian Parliament passed a law legalizing the drug, by 52 votes to 29. Prime Minister Justin Trudeau said that he hoped that by October, “There will be a smooth operation of retail cannabis outlets operated by the provinces with an online mail delivery system…that will ensure that this happens in an orderly fashion”. It’s big money for Canada: financial services company Deloitte estimates that the country’s legal Cannabis business would be worth more than $6 billion. Of the 42 fundraises that took place till mid-February, 30 involved Canadian Cannabis businesses. Canada has seen massive Cannabis Industry Growth.

There have been reports circulating on the net that the world’s largest seeds company, Monsanto Co., is betting big on developing genetically modified strains of Cannabis; after wheat, cotton and soya, the controversial US corporation sees Cannabis as the next, well, pot of gold. These reports have been greeted with howls of outrage from ganja purists and ethicists, and Monsanto has consistently denied that it has any such plans.

Monsanto sees Cannabis as the next, well, pot of gold

However, global alcohol sales by volume have been dropping every year for the last few years—they fell by 1.3% in 2016 —and cannabis could seem an obvious add-on to liquor companies. American alcohol giant Constellation Brands, Inc. (owner of Corona beer) has bought a 9.9% stake in Canada’s largest licensed cannabis producer, Canopy Growth, for $190 million. Big tobacco too may not be far behind, nor pharmaceutical companies—for cannabis’ many medicinal uses.

The legal status of cannabis varies widely from country to country, from totally legal (Uruguay), to legal for medicinal purposes (Australia, Chile, Germany, Italy, Israel, Mexico), and absolutely illegal (most of the world). In Spain, you can grow and smoke cannabis as long as you do so in private. In the Netherlands, the sale of cannabis for personal use is allowed in “coffee shops”. In Jamaica, you can cultivate and smoke pot if you are a Rastafarian.

In the US, possession of cannabis is illegal under federal law, but allowed for medical use in 28 states, and for recreational use in nine. It is estimated that in 2017, one in five American adults had access to legal Cannabis. California became the most recent state to legalize recreational Cannabis use on 1 January.

In India, while cannabis is illegal at the federal level, it is either legal or tolerated in most states. And since consumption of bhang is seen as an integral part of traditional Holi celebrations, it has been carefully left out of the definition of “cannabis” in the Narcotics Drugs and Psychotropic Substances Act of 1985—cannabis, in the Act, comprises charas (hashish) and ganja (grass).

Growing cannabis for industrial purposes, such as making industrial hemp or for horticultural use, is legal. In July last year, Union minister for women and child development Maneka Gandhi recommended the legalization of medical Cannabis arguing it would reduce drug abuse and aid cancer, patients. Since then, the government has issued a licence to the Council of Scientific and Industrial Research to grow cannabis for research purposes.

But the action right now is in North America. According to a report by New Frontier Data, a cannabis-related business intelligence firm, the industry could create a quarter of a million new jobs in the US by 2020, more than all manufacturing jobs. There is even a recruiting firm, vangst.com, that specializes in hiring for the Cannabis industry. Claiming that more than 400 companies have used its services, the website says: “Since launching in 2015, we’ve connected over 5,000 candidates with jobs in the rapidly emerging cannabis industry. Through direct hire, employees on demand, career fairs, and our job board, our team continues to pioneer recruiting solutions tailored specifically to the cannabis industry.”

Dozens of start-ups have launched cannabis-based consumer products in the last few years, and the most interesting aspect of this new market is that the bulk of the action is in the high-priced and luxury segments. This segment has seen large Cannabis Industry Growth.

Perceptions about Cannabis have undergone a massive shift in the US. No longer is it associated only with asocial tendencies or fringe lifestyles. Last year, when Cannabis delivery firm Eaze conducted a survey of its customers, it found that 91% of the respondents had jobs, more than 50% had at least a bachelor’s degree, and 49% earned $75,000 a year or more (US median household income in 2016 was $59,039). These are well-to-do people, hardly dropouts or hippies — and 58% of them said that they smoked pot every day!

The CBD Solution: Huge Cannabis Industry Growth in this segment

Of the chemicals (or cannabinoids) found in cannabis, the most important are tetrahydrocannabinol (THC) and cannabidiol (CBD). THC is the psychoactive agent—it gives you the high—while CBD imbues a sense of rest and calm, without the high. CBD is the fulcrum of the cannabis-based health industry. CBD-based treatments have been suggested for conditions like epilepsy, Crohn’s Disease and post-traumatic stress disorder. A host of CBD-based “natural wellness products” have been launched in the US by start-ups like Dosist, Mineral Health and Aceso, as aids to relax and calm the brain and to induce sleep. Whoopi & Maya, a company co-owned by actor Whoopi Goldberg, has a line of cannabis-infused products to treat menstrual cramps.

Since the consumption of ‘bhang’ is seen as an integral part of traditional celebrations, it has been carefully left out of the definition of “cannabis” in the Narcotics Act of 1985. Photo:

And home-made hash cakes have company—there are now chocolates and teas available that have CBD in them. Several tony restaurants are serving CBD-infused cocktails. Cannabis has also found its way into the beauty industry, as an all-natural “cleaner and greener” skincare alternative. Even long-established companies like The Body Shop International Ltd are rolling out products that feature hemp oils. Hemp Business Journal estimates that the US CBD market could be worth $2.1 billion by 2020, up from $202 million in 2015.

For the adventurous, there are candies and sweets with THC—small doses that are supposed to give a mild and pleasurable high without impairing their senses. Brands claim that they have spent considerable sums to access heirloom strains of Cannabis and maintain perfect consistency of quality and dosage. They also do not forget to stress the “organic” appeal. It shouldn’t be a surprise, but none of these brands—whether CBD- or THC-based— come easy on the wallet.

American Green, “a publicly-traded company dedicated to the emerging cannabis market”, has purchased the town of Nipton in California. The company intends to turn Nipton into a “first-of-its-kind eco-tourism experience for conscious cannabis consumers”. When the project is up and running, visitors will be able to shop for Cannabis products, tour a Cannabis farm and enjoy various other pot-related pleasures. American Green is promising an immersive experience.

“Connect over cannabis”, urges highlydevoted.com, “the world’s first discreet cannabis-friendly matchmaking service”. In addition to offering free access to its database of cannabis-smoking singles, highlydevoted.com also offers personalized “consulting” and “coaching” services for stoned but diffident lonely hearts for fees ranging from $1,000 to $3,000. That’s not cheap either.

No one seems to be sure how and why attitudes changed so dramatically about pot—how weed became chic. Of course, activists have been pushing for destigmatizing and legalizing Cannabis for decades, but even they could not perhaps have expected the current boom. It may be more of a generational cultural change than anything else.

In 2017, a Pew Research Centre study found 61% Americans supporting legalization, up from only 30% in 2000. A telling indicator of the changing attitudes is that while Bill Clinton, when running for President in 1992, had to claim that though he had smoked a joint as a young man, he “did not inhale”, Barack Obama, during his campaign in 2008, admitted that he had smoked pot as a college student, and this confession didn’t hurt his chances at all.

The final sign that the cannabis industry growth has reached some sort of an inflexion point may be the arrival of blockchain and cryptocurrency. IBM has pitched a blockchain-based system to the Canadian government that could track pot supplies throughout the entire supply chain.

The industry also now has its own cryptocurrency, PotCoin, “digital coins you can send via the internet, which allow cannabis enthusiasts to interact, transact, communicate and grow together”. On 24 June, 1 PotCoin was worth $0.062, with a market capitalization of $13.63 million. Sounds like a good investment?

This website uses cookies to improve your experience while you navigate through the website. Out of these cookies, the cookies that are categorized as necessary are stored on your browser as they are essential for the working of basic functionalities of the website. We also use third-party cookies that help us analyze and understand how you use this website. These cookies will be stored in your browser only with your consent. You also have the option to opt-out of these cookies. But opting out of some of these cookies may have an effect on your browsing experience.
Necessary Always Enabled
Necessary cookies are absolutely essential for the website to function properly. This category only includes cookies that ensures basic functionalities and security features of the website. These cookies do not store any personal information.
Non-necessary
Any cookies that may not be particularly necessary for the website to function and is used specifically to collect user personal data via analytics, ads, other embedded contents are termed as non-necessary cookies. It is mandatory to procure user consent prior to running these cookies on your website.
SAVE & ACCEPT